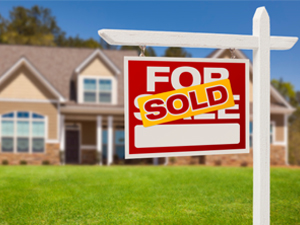 When it comes to buying a home to begin your forever in, one of the most important factors to take into account is location! With so many cities expanding and gaining notoriety in the United States, there is a constant competition for each city to offer the most bang for their buck to customers. According to a recent study done by ZipRealty, a California-based online real estate brokerage and research company, homes in Austin, Texas sell faster than anywhere else in the country.

According to the study, homes that are on the market in Austin sell in ten days or less. These numbers are based on the markets trends as of June 30 and take into account location, price ranges, and house style. According to ZipRealty’s numbers, Austin also ranks second for the media house value with a 14 percent year-over-year increase totaling to $266,000. Sacramento, California had the largest median price increase while Las Vegas, Nevada ranked in at third with a median price of $182,000.

When it comes to the housing market, Texas cities seem to dominate in terms of quickly selling single family houses. As stated, Austin ranks first, with Dallas ranking in fourth with a median time of 15 days on the market, while Houston logs in with an average of 17 days on the housing market. The second-fastest market for home sales is tied with Washington, D.C., and Northern Virginia selling within an average of 14 days.

According to the US Census Bureau, five of the 10 fastest-growing cities in the United States are in Texas. These cities are Houston, San Antonio, Austin, Dallas and Fort Worth.

With an ever-growing population in Texas, many people wonder why people are looking to move to Texas cities. Austin and its surrounding central Texas cities are desirable to the masses for many reasons.

One of the biggest pull factors associated with Texas is the fact that in terms of living, Texas is cheaper than other states. In Texas, a person is far more likely to earn an income that supports their everyday cost of living. Texas’ low cost of living is amplified by Texas’ abundance of jobs. One of the main reasons people make the move to Texas is for employment. Texas has a record number of jobs due to the oil and gas fields which have made Texas an economic mine. In addition to the oil and gas business, Texas has had a breakthrough in tech-manufacturing and business services.

In terms of cities, Austin, the state capital, offers a wide array of historical buildings, local entertainment such as live music and sporting events, accessibility to the University of Texas, and several unique restaurants. Living in Austin gives a sense of excitement and entertainment unlike any other city, and people in the housing market are noticing. Some of the most notable sites in Austin include Zilker Park, the Capital Building, Mount Bonnell and Barton Springs.

If you are looking to move to Austin or one of the surround cities in Central Texas, contact Ashby for a one-of-a-kind home construction and design experience.